Investing in the future of cannabis

PharmaCielo Ltd. (TSXV: PCLO, OTCQX: PCLOF) is headquartered in Canada and is focused on ethical and sustainable processing and supplying of all natural, medicinal-grade cannabis oil extracts and related products to large channel distributors. 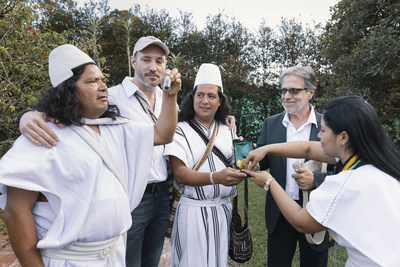 The Company has partnered with indigenous peoples in Colombia such as the Arhuaco, to bring opportunity to historically disadvantaged areas of the country through the production and sale of legal cannabis.

TORONTO, Dec. 13, 2018 /CNW/ - PharmaCielo Ltd. ("PharmaCielo" or the "Company"), the Canadian parent of Colombia's premier cultivator and producer of medicinal-grade cannabis oil PharmaCielo Colombia Holdings S.A.S., announced that it has received a 500-year-old ancestral cannabis strain (the "Seeds") for its exclusive use, from the Arhuaco indigenous people (the "Arhuaco"). The Company received the Seeds as part of a traditional ceremony at the site of its nursery and propagation centre in Rionegro, Antioquia. The Seeds will be cultivated by PharmaCielo in the Arhuaco's ancestral territory of the Sierra Nevada mountains.

During the ceremony, which took place at the company's headquarters, in an act full of symbolism, the "Mamo" Arhuaco, Luis Guillermo Izquierdo, delivered to the CEO of PharmaCielo, Anthony Wile, and the co-founder and CEO of PharmaCielo Colombia, Federico Cock-Correa, the ancestral cannabis seeds that have been treasured in their community for more than 500 years.

"Our team is grateful to the Arhuaco for their friendship and the trust they have placed in PharmaCielo to carry a strain of great cultural importance to the wider population of Colombia and other global markets," said Anthony Wile. "One of our primary objectives as a corporate leader in Colombia is to bring opportunity to historically exploited indigenous communities through the quality production of strains that have been in community use for hundreds of years. With a combination of pharmaceutical-grade cultivation and production standards, vastly scalable, low-cost production capacity and access to unique strains like that provided by the Arhuaco, PharmaCielo is positioned to be a global leader in the production and sale of medicinal-grade cannabis."

Similarly, the Arhuaco leader spoke to the benefits the PharmaCielo relationship brought to his people and community in a time of essential change, and concluded his ritual affirming that "PharmaCielo has created the first alliances between private companies and social organizations in areas that have been historically affected by violence and illicit crops."

PharmaCielo Ltd. is a global company privately held and headquartered in Canada, with a focus on processing and supplying all natural, medicinal-grade cannabis oil extracts and related products to large channel distributors. PharmaCielo's principal (and wholly-owned) subsidiary is PharmaCielo Colombia Holdings S.A.S., headquartered at its nursery and propagation centre located in Rionegro, Colombia.

The boards of directors and executive teams of both PharmaCielo and PharmaCielo Colombia Holdings are comprised of a diversely talented group of international business executives and specialists with relevant and varied expertise. PharmaCielo recognized the significant role that Colombia's ideal location will play in building a sustainable business in the medical cannabis industry, and the company, together with its directors and executives, has built a compelling business plan focused on supplying the international marketplace. 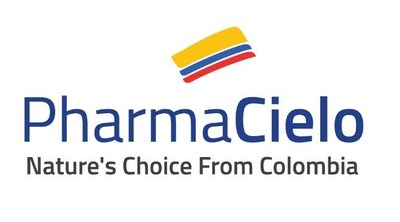 This website uses cookies to improve your experience while you navigate through the website. Out of these, the cookies that are categorized as necessary are stored on your browser as they are essential for the working of basic functionalities of the ...
Necessary Always Enabled

Any cookies that may not be particularly necessary for the website to function and is used specifically to collect user personal data via analytics, ads, other embedded contents are termed as non-necessary cookies. It is mandatory to procure user consent prior to running these cookies on your website.