TORONTO and RIONEGRO, Colombia, Dec. 14, 2019 /CNW/ - PharmaCielo Ltd. ("PharmaCielo" or the "Company") (TSXV: PCLO, OTCQX: PCLOF), the Canadian parent of Colombia's premier cultivator and producer of medicinal-grade cannabis extracts, PharmaCielo Colombia Holdings S.A.S., has been recognized with the prestigious MJ Biz Daily Game-Changer Award for the Latin America Region. The inaugural award was presented to the Company at a special gala, part of the MJ Biz Conference in Las Vegas, the world's largest cannabis conference and tradeshow. The award program recognizes global leaders, both companies and individuals, for their excellence and impact on the hemp and cannabis industries. 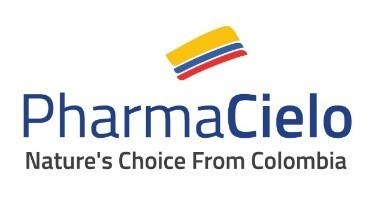 "We are tremendously honoured to receive this award, but even more thrilled that the panel of judges recognized PharmaCielo's role and contribution in paving the way and building the medical cannabis industry in Latin America," said David Attard, Chief Executive Officer, PharmaCielo Ltd. "Being an industry trailblazer is a challenging task. It means that whatever we do, every step of progress achieved, is a first for the industry, with the rule book written as we go. Now that we have laid the groundwork we are looking forward to a strong 2020 and expanding our existing presence throughout Latin America which began with Mexico, and which in 2019 added a number of others including both Uruguay and Argentina. This achievement is dedicated to PharmaCielo's employees who made this happen and who continue to maintain PharmaCielo and Colombia's positions as top players on the cannabis world stage."

About PharmaCielo
PharmaCielo Ltd. (TSXV: PCLO, OTCQX: PCLOF) is a global company, headquartered in Canada, with a focus on ethical and sustainable processing and supplying of all natural, medicinal-grade cannabis oil extracts and related products to large channel distributors. PharmaCielo's principal (and wholly owned) subsidiary is PharmaCielo Colombia Holdings S.A.S., headquartered at its nursery and propagation centre located in Rionegro, Colombia.

The boards of directors and executive teams of both PharmaCielo and PharmaCielo Colombia Holdings are comprised of a diversely talented group of international business executives and specialists with relevant and varied expertise. PharmaCielo recognized the significant role that Colombia's ideal location will play in building a sustainable business in the medical cannabis industry, and the Company, together with its directors and executives, is executing on a business plan focused on supplying the international marketplace.